As one who served in the Royal Army Service Corps with the 1st Army in North Africa, and then in Italy with the 5th Army, Remembrance Sunday is a sombre day as it brings back vivid memories of those years of the Second World War.

I bring to mind some of those men who contributed to a splendid comradeship that grew within our unit as quite a large number of us stayed together throughout the African and Italian campaigns.

But I also recall the death of a very fine young corporal and the serious injury of our unit’s Captain, both of whom were travelling in a utility car on a road in North Africa when they were strafed by two German fighter planes on early morning patrol. Six decades have gone by and I still have difficulty in controlling tears from my eyes as I remember them, as I listen to the sound of The Last Post played during a Service of Worship, and in the silence that follows. I remember them and many others with gratitude.

And then when the wreath of poppies is laid on the Altar of Remembrance during the Act of Commitment, the words spoken by the padre becomes a collective statement of remembrance:

They shall grow not old
As we who are left grow old;
Age shall not weary them, nor the years condemn,
At the going down of the sun and in the morning
We will remember them.

If we are to honour the memory of those who paid the ultimate sacrifice we have to consider the future of the human race. It has been stated that the First World War (1914-1918) was to be “a war to end all wars”. We know from history that such a claim has proved to be false.

The Second World War (1939-1945) and other wars, the Gulf War, and the current conflict in Iraq and elsewhere in the Middle East indicates that mankind is incapable of resolving conflict without resorting to military might and the use of weapons of mass destruction. And with irresponsible leaders and governments in power we have to acknowledge that we live in a dangerous world.

The yearning for peace has long been established and is reflected in a verse of the hymn written by L. G. Hayne (1836-1883).

When comes the promised time
When war shall be no more,
When shall all hatred cease
As in the realms above?

So what does the future hold? Providing that those in power accept that major wars could easily escalate into another world war, involving the possible use of nuclear weapons with devastating effect, the future is not without hope.

In his book Issues Facing Christians Today, under the heading of Christian Peace Making, John Stott makes the following comment:

Jesus spoke of both war and peace. On the one hand he warned us of “wars and rumour of wars”; on the other he included in his characterisation of the citizens of God’s Kingdom the active role of peace-making. He pronounced his peace-making followers both blessed by God and the children of God (Matt.5.9). For peace-making is a divine activity. God has made peace with us and between us through Christ. We cannot claim to be his authentic children unless we engage in peace-making too. Christian peace-makers must promote public debate. The peace movements of the West will contribute to peace-making only if they succeed in stimulating informed discussion. It is high time for a fresh debate with fresh questions.

In conclusion, the two following quotes seem to me to have relevance:

Our only hope today lies in our ability to recapture the revolutionary spirit and go into a hostile world declaring eternal hostility to poverty, racism, and militarism.
Martin Luther King 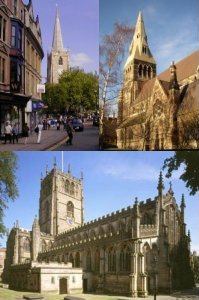